Why the ‘SWAT Kats’ Need To Come Back In 1994, I was coming into my teens and still watching weekend cartoons. I was a little old for waking up early for this stuff, but I loved them enough and was awake anyway, so I  figured I might as well grab a bowl of cereal and see what was on TV. On a whim, I was channel surfing and hit upon TBS, which was broadcasting a show that blew my monkey mind. I had to keep checking the station identification as TBS wasn’t (and still isn’t) known for being that exciting or cutting edge.

The program I saw was a high-octane action show that had crazy sci-fi plots, aerial dog-fights, loads of destruction, military lingo, a thumpin’ metal soundtrack, and a beyond-brilliant voice cast of Jim Cummings, Charlie Adler, Barry Gordon, Tress MacNeille, Lori Alan, Frank Welker, Mark Hamill, and Gary Owens. Oh, and did I mention that all the characters on the show just happened to be anthropomorphic cats? Oh, well they were and it was AMAZING.

A Hanna-Barbera, production, SWAT Kats: The Radical Squadron  (got to love that name) was the brainchild of Christian and Yvon Tremblay. Under the guise of being simple mechanics, two ex-Enforcers (this universe’s militaristic police force), Chance “T-Bone” Furlong and Jake “Razor” Clawson, become masked vigilantes and spent their time and energy fighting to prevent their home, Megakat City, from being conquered or blown to hell every episode. The duo faced off against a number of threats, such as mutants, dinosaurs, robots, and a particularly nefarious wizard named Dark Kat. Of course, this being the 1990s, they did this from their super cool fighter jet. It was big, colorful, bombastic, and ambitious; it was like somebody had brought a comic book to life. For twenty-three episodes (and one clip show) it rocked so hard your face started melting…

and then it got canned. 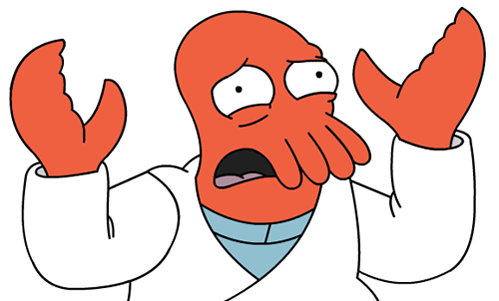 In this era of remakes of remakes and continuations of series’ from the 80’s and 90’s, where the hell are the SWAT Kats? The likes of the freakin’ Biker Mice From Mars and Action Man have each had two series at this point, is a little more T-Bone and Razor too much to ask?If we’re going to continually mine the past for material, we might as well pull from some sources that are actually innovative. It isn’t like the fan base has went away. Despite only occasionally being shown in reruns and appearing on a DVD release that makes cheap bootlegs look good, the show remains popular. Everything about this show is interesting, including the rumor that Ted Turner himself pulled the plug on the show because he thought it was too violent. Even sadder is the fact that there were six unaired episodes, lost to those who wanted just a little more of their beloved crime-fighting feline duo. I have a short list of dream projects in my life, a list of things that if I only to manage to accomplish one, I could die happy. With every ounce of sincerity, let me tell you that a relaunch of SWAT Kats is one of them. There is just so much potential for great stories to be told. In a world of knock-offs and rehashes, it really was its own animal (pun intended). If you’ve never checked them out, I seriously suggest going and giving them a try.

As always, we want to hear from you. Do you love and remember the SWAT Kats? What cartoons or other programs from your childhood would you want to see again? Let us know in the comments below!