Ash & Fern: On a serious note…

I don’t generally write about politics. I actually make it a rule not to. Thanks to my current career path I spend all day every day thinking about politics, and I look at this blog (and obviously all the television and movie watching that comes along with it) as my escape from that. This is where I get to focus on all the things that make me smile in life.

But just for today I’m going to break my rule. I have to. And I hope you can understand why.

A couple of years ago at DragonCon I was walking down a street in Atlanta and heard two men behind me talking. They were in town for the SEC opener and were clearly surprised to find 40,000+ Con-goers in town. One of the men asked the other why I had a badge on and he answered “oh she’s just here for that freak convention.” Now I’m a big girl and anyone who knows me will tell you that I can definitely stand up for myself, but in that one moment I felt like I wasn’t welcome there, and it was a terrible feeling. I wanted to disappear.

I can only imagine what it must be like to be made to feel like that all the time. Unfortunately, my state is trying to do just that to some of my friends and neighbors.

Indiana is not always an easy place to be a young (ok, young-ish) person. Outside of Indianapolis and a few other select pockets, this is a very religious, very conservative place that opposes change with every ounce of energy it can muster. You still can’t buy alcohol on Sundays here. Imagine deciding at the last minute to have friends over for the Colts game and then realizing that all you have to drink is some questionable milk.

But things like that you can get used to. Obviously we work around the alcohol sales problem by keeping so much beer on hand at all times that our parents start to worry. When people from ANYWHERE else in America ask about it, you just shake your head, shrug and say “that’s Indiana for you.”

Having one of these at home is just a matter of survival.

But now a group of people in Indiana, a relatively small group if the polls are to be believed, are trying to push it further. They believe that marriage needs to be protected in the Hoosier state, and I don’t mean from a divorce rate that remains somewhere north of 50%. They feel the need to protect it from two consenting adults who love each other and want to build a life together.

There is no danger of marriage equality happening any time soon in Indiana. Most likely nothing will change here until the US Supreme Court mandates it. So this current push to enshrine a ban in Indiana’s Constitution, the document meant to protect the rights of all residents of this state, comes across as nothing more than a personal vendetta against gay Hoosiers.

Over the past several weeks LGBT Hoosiers and their allies have packed the Statehouse and listened respectfully as they were told over and over again that they are sinners, that marriage equality will lead to the downfall of America, and that they aren’t fit to raise children. They’ve endured speeches from legislators that included gems like “I don’t have anything against those people.” They’ve been thrown out of the House Chamber gallery for giving a silent thumbs down in protest to some especially offensive testimony. And last week they watched as the Indiana Senate, a body elected to represent and protect all Hoosiers, once again voted to put discrimination in the Constitution.

A picture of one of the protests against House Joint Resolution 3. a proposed constitutional ban on gay marriage.

I don’t claim to understand how it feels to know that the people who make my laws don’t think I deserve the same treatment as everyone else. And I don’t know what it’s like to have people telling me I don’t have the right to marry the person I love. But I do know what it feels like to live in a state that is still doing this in 2014, and it doesn’t feel good.

As I said earlier, I know this isn’t a normal topic for Ash & Fern, and I promise this will be a rare thing from me. I just believe that we as geeks know, if in a very small way, what it’s like to be an outcast. To have people look at you like you don’t fit. To feel unwelcome. And at a time like this we need to remember that if we stop and truly think about how we would want to be treated if we were on the other side, we will realize that we really aren’t that far apart.

And with that I promise next week I’ll be back to writing about the other important things in life. Like how crazy it makes me that when Captain Jack Harkness comes back to life after being shot dozens of times his shirt doesn’t have holes in it. 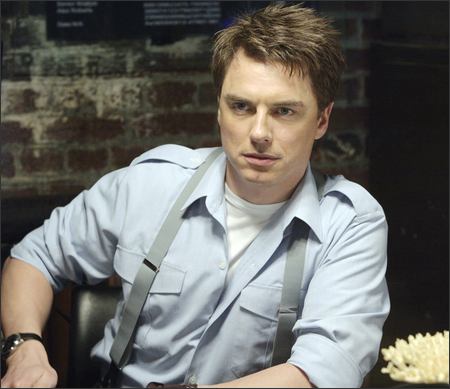 Seriously, is the shirt also immortal?