Avast ye, OOUies! As you know, Hollywood likes to take certain liberties when it comes to making films “based on true stories.” This is simply because a film, especially one for the mainstream, needs to follow a certain structure, and has to be filled with material that is supposed to give you the feels. However, when it comes to Captain Phillips, there seems to be a lot of confusion as to what extent is Hollywood fudging the truth, and to what extent is the real Captain Richard Philips’ making himself bigger than he actually is.

Cinemablend reported that an anonymous source, who will remained unnamed, stated that, “Phillips wasn’t the big leader like he is in the movie. … No one wants to sail with him. … He was real arrogant.” They further discussed this issue in detail:

“The anonymous source taking Phillips to task also, according to the Post, happens to be part of a group suing Maersk following the events of the infamous hijacking. The group – consisting of 11 crew members – is suing the company for nearly $50 million claiming “willful, wonton and conscious disregard for their safety” on the part of the captain. They argue that he ignored orders and sailed too close to the shores of Somalia, making his boat a clear target for pirates (as depicted in the movie).”

The story itself is fascinating, for it seems like the real life crew was not entertained with their “beloved” captain portrayed by a charismatic Tom Hanks. The film, as the Maesk crew claims, seems to play up the heroic factor to a baffling degree. Although, to be fair, if you’re going to cast Tom Hanks as your main protagonist, it’s kinda gonna be hard to make him in to an asshole. I mean come on! Look at this face! 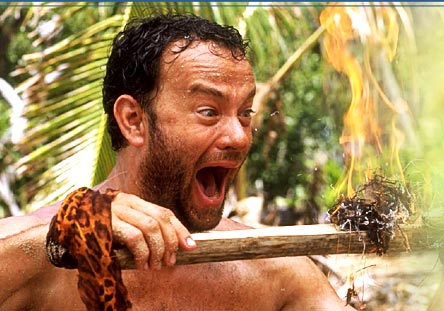 In terms of that, I wonder to what extent was that more the fault of Phillips’ own published book titled A Captain’s Duty: Somali Pirates, Navy SEALS, and Dangerous Days at Sea. I personally have not read the book, but if I were to write a book about myself, and how I ‘fought’ Somali pirates after being in a hostage situation, I would play up the badass factor, and that’s me being honest.

An interesting thing to note, is that the crew comments on how the film’s portrayal of the event says that he gave himself up to the pirates for the safety of his crew. The story is that there were seven e-mails sent to Philips, warning him to not sail near the areas where there is a danger of pirate attacks, and that an alternate route should be taken. People speculate that Phillips ignored these warnings because the route would take longer and cost more money.

In all seriousness, having people portrayed incorrectly in film is something that doesn’t bother me personally. I know what I am watching is something Hollywoodized, and to not take anything they show me as fact without additional research. However, I can see how it would bother the people who were actually involved with the actual story. It is one thing to exaggerate some characteristics here and there, or to have the characters do things that they never did, but when you or a person you know is represented in a way that is COMPLETELY wrong, that is definitely something that would be irritating. If it so happens to be that the portrayal of Captain Philips is done in a way that gives him glory that he doesn’t deserve, then that is indeed something that would sink my battleship (Sorry, I tried to think of a joke, but nothing clever came out).

So OOUies, I pass the judgment to you. What do you think of this issue? Who would YOU want to cast to play you in a movie? Whatever it is, comment below and let One of Us know!